For a tame foray into New York’s sexier side, the Museum of Sex—cheekily known as ‘MoSex’—holds an array of exhibitions that chronicle the evolution of sexuality through the years. According to the website, “the museum produces exhibitions, publications and programs that bring the best of current scholarship on sex and sexuality to the widest possible audiences and is committed to encouraging public enlightenment, discourse and engagement.” Current exhibitions include: The Sex Lives of Animals and the fan favorite, the bouncy breast castle, which is exactly what it sounds like, a fun house full of inflatable breasts.

Before revealing the numerous sex clubs that pepper the concrete jungle, let’s start with The Standard Hotel. The Standard Hotel, whose floor to ceiling widows face out on the city and Hudson River, has become a somewhat popular place to catch or give an impromptu peep show. This exhibitions trend has even appeared in films such as Shame (2011). “It’s all day every day,” Stephanie of London Meats, which sits right across the street, told Thrillist. According to Stephanie, the windows of The Standard have even thrown off productivity of the nearby loading dock’s male employees. “Everybody stops working,” tells Stephanie. “Two even have binoculars.”

Unknown to visiting tourists, New York City is home to a slew of invite-only sex parties. These sex parties run the gamut from black tie affairs at the impossibly chic apartment of an Upper East Side socialite, to laid back vibes of a Brooklyn warehouse, DJ and crowd of working, young professionals. All parties come with a price, all require an application and all are discovered by word of mouth. Chemistry is one such party. Perhaps Thrillist put it best when it writes, “Here’s how a typical evening [at Chemistry] might go down: members intro themselves and explain their [sexual] orientation and desire/inclination to get busy, then guzzle from a BYOB bar and dance and kick back until a natural, unrushed nakedness occurs.”

Chemistry requires all its guests to undergo an online questionnaire before being formally accepted as a member. Upon acceptance, members receive monthly emails detailing the upcoming themed event and its location in Brooklyn. Most Chemistry events seem to be a lavish—borderline gaudy—affair complete with light shows, burlesque dancers, DJs and other performances. The event acts as a normal nightclub—drinks there, a dance floor here—with the unique exception of a mattress-covered “play area” for consenting couples to have sex. 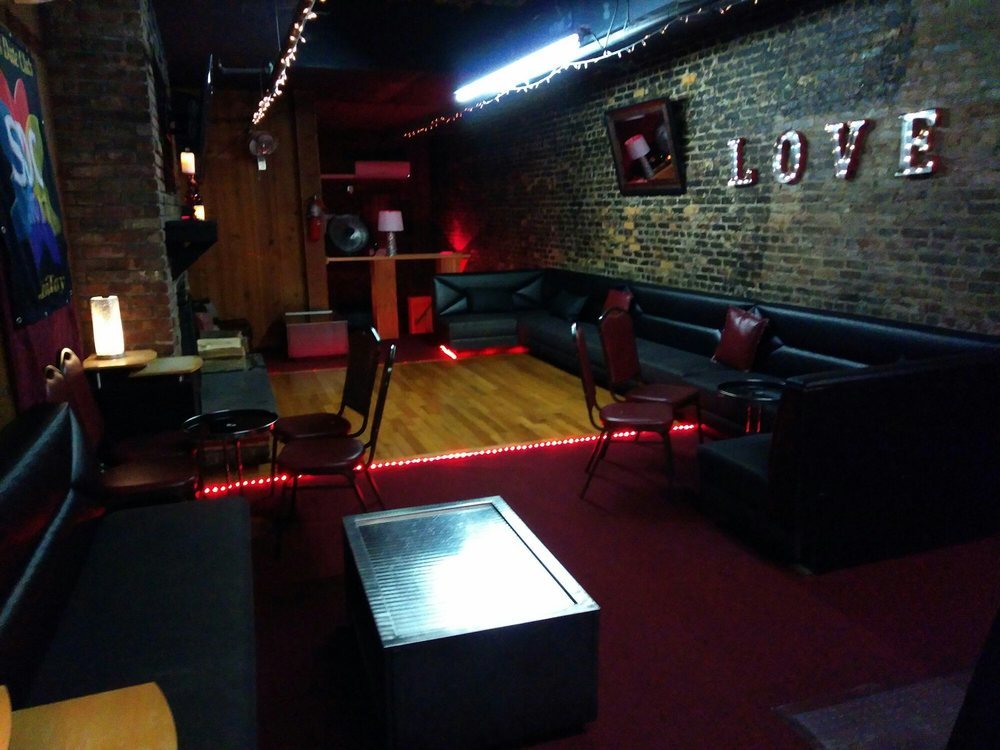 Bowery Bliss is a more accessible alternative to Chemistry’s list only events. No questionnaires, no extravagant light shows – just a dimly lit space with plush lounge beds open to guests over the age of 21. Bowery Bliss is one of the more popular swingers clubs in NYC with weekly events that cater to both singles and couples looking to spice up their love lives.

Perhaps baring all in public and steamy sex clubs are not your thing. If that’s the case, head on over to The Naked Show. Less sexual and more comical, The Naked Show is a standup comedy show where—you guessed it—comedians perform in the nude. Audience members have the option to strip down if they fancy, but the idea is for the comedians to tell their best jokes in the buff. Taking place at Long Island City’s Creek and the Cave, The Naked Show features some of the best comedians in NYC.