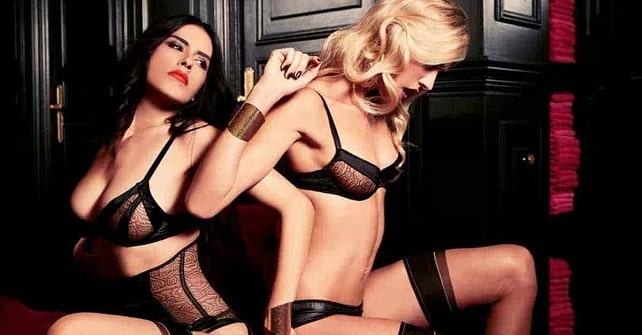 Then, they’re vetted at one of the club’s events to ensure they’re worthy of becoming a member, and once approved, members “pay their dues,” and finally gain access to the club’s private events, parties, and classes hosted at the NSFW Clubhouse, the NSFW magazine, and their online community.

And for people kinky enough to land a membership, only the sexiest of classes are appropriate. The classes section on the club’s website reads:

NSFW’s signature sex party, Play Date, is hosted every eight to ten weeks, and is held at the NSFW Clubhouse—a lavish penthouse in Manhattan’s Lower East Side, where members can indulge in lots of sex, booze, gourmet food, and even bodyguards for the revelers in attendance.

We spoke to the mastermind behind NSFW, a man who calls himself “Chief Conspirator” for privacy reasons, about what goes on inside the Clubhouse and the benefits of being a member of one of the most exclusive sex clubs in New York.

What inspired you to create NSFW?

I’ve always had an interest in human sexuality, and I think there’s something very strong that connects us through sex, but also through adventurous activities. I wanted to create a place where you could do those things.

Who belongs to NSFW?

We focus on younger individuals, around 25 to 35. We’ve contracted a lot of CEOs, and a lot of individuals from the fashion world. We look for creatives, and people who are actually doing shit with their lives. I think it’s very important that you have a story to tell, and if you’re interacting with people and trying to connect with people, it’s important that you live a life that’s interesting and fun.

We also look for a certain level of attractiveness, individuals who take care of themselves. We do look for physically fit, attractive members.

How many members are there?

Are there any famous names attending your sex parties?

We definitely have very high-level members, though we don’t like to reveal any of guest lists. But yeah, there are times where someone will be in attendance who is recognizable.

What are some of the classes NSFW offers?

We also have a Netflix and chill event, where people come and we put on a movie, and we make gourmet popcorn for everyone. And there’s booze. The movie is on, but there are places where you can go to talk and ‘chill.’

We bring together different classes we teach, so we have our sub-dom class, Japanese rope bondage, we have performers doing things on kink, and things like that. We’re going to do Netflix and chill, so we’re going to premiere a movie that was done by Imperial Pictures. It’s this indie erotica company that’s getting huge amounts of attention.

There have been a few people who’ve been proud the christen my bathroom. Let’s leave it at that.