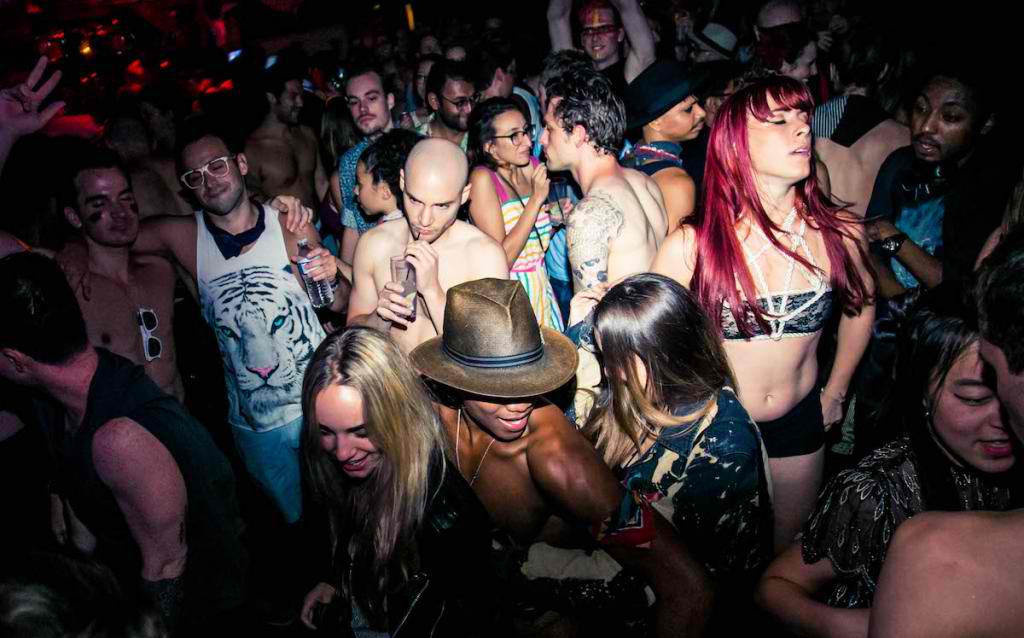 “They used to say sex was an industry that was not affected by the recession — that’s not true,” said a DDeviousDelights cofounder who wished to remain anonymous because of privacy concerns. “Everybody — A to Z in the sex-related industries — is feeling the pinch.”

DDeviousDelights is one of many venues that blame the economy for its 30 to 40% event attendance drop this year. The high-end roaming party OneLegUpNYC said it has had about 20 percent fewer event attendees a year since 2007. And one stationary club — the 14-year-old Carousel Couples Club — reported a 60% attendance plunge from 2007 to 2009.

Swinging venues have noticed dwindling membership as well. OneLegUpNYC founder Palagia said she had 2,000 members in 2007, but that number fell enough that she “had to” slash her semi-annual membership fees from about $900 a year to $550 a year this September.

New York City has five stationary swinging clubs, most of which are located in midtown Manhattan: Le Trapeze, Checkmate, Taste, Behind Closed Doors, and Carousel Couples Club, which throws its weekend events in conjunction with roaming venues.

The recession has not altered most swinging venues’ standard event admission of $110 to $150 a couple and $50 or less for single females. Roaming venues’ tickets flex with the location of their parties. Premiere events like those at spas or East Hampton mansions go for $300 a couple. Majority of venues don’t admit single men because they want to cultivate a more female-friendly atmosphere.

Space typically limits adult entertainment parties to about 100 to 200 swingers, however, venues sometimes work to accommodate up to 500 people for special occasions like Halloween.

Whittling down the tens of thousand party attendees into a typical swinger is difficult, but a Behind Closed Door cofounder who asked to remain anonymous because of his high-profile career said regulars often work in “more stressful professions” such as lawyers, bankers, entrepreneurs, and teachers.

Adult entertainment parties attract people from all parts of the Tri-State area as well as tourists. Age ranges are diverse, but a few hosts said the most common reason people don’t show up is because a babysitter canceled or a kid’s soccer game ran late.

Less expensive venues like the stationary Behind Closed Doors club have been more successful.

While they declined to give out how many swingers pay its quarterly $30 membership fee, but the club’s cofounders said its membership has grown “at least 25%” in the last year and that their mailing list, which includes anybody who signs up to for their website’s free listserv, has reached 87,000.

DDeviousDelights says that they’ve also retained most of its regular swingers – about 5,000 couples and 700 single women — because membership is free.